It was our honor and privilege to name two new Honorary Members during our recent 100th annual meeting, Dr. Brian Diers and Richard Denhart. Our bylaws state that the Illinois Crop Improvement Association’s Board of Directors has the authority to grant any individual an Honorary Member Life Membership. The bylaws go-on to say that this honor may be bestowed upon anyone “interested in progressive agriculture.” Our bylaws do not limit us to one Honorary Member per year; on rare occasions, more than one individual can be so named. Also, Illinois Crop does not name an Honorary Member every year. So, it is not a matter of routine and those recognized are more than interested in agriculture. President Dale Wehmeyer presented the awards on June 16th, 2022.

Dr. Brian Diers has worked to improve a crop that has propelled Illinois and Illinois Crop Improvement to new heights. His achievements represent a lifelong dedication to finding the genes that drive the composition and qualities of this primary crop. His curriculum vitae (CV) is impressive, to be sure. He is a Fellow of the American Association for the Advancement of Science, The Charles Adlai Ewing Chair of Soybean Genetics and Breeding, and a member of the Soybean Innovation Lab. With publications like “Nested Association Mapping to Identify Yield QTL in Diverse High Yielding Elite Soybean Lines” you might say he knows soybeans inside and out. He has been recognized for his contributions to the advancement of science and service to society during his career; at the last published count, he has over 140 peer-reviewed research publications; 25 graduate students, 13 postdoctoral associates, and 15 varieties in commercial production.

Richard Denhart graduated from Southern Illinois University with a Bachelor of Science in General Agricultural in 1964. During his 58 years of post-graduate life, he worked in fertilizer sales, sheet metal, seed production, and association management. He has served the Illinois Crop Improvement Association in many ways, including field inspections as Chief Inspector from 1969 to 1974. He was responsible for Foundation Seed production from 1974 to 2002, growing, maintaining, and selling both public and private varieties of soybeans and wheat. Upon his retirement, he became the Executive Secretary/Treasurer for the Illinois Seed Trade Association. While the Illinois Crop Improvement Association rents an office to Illinois Seed Trade our relationship with him is far more than contractual. He is a loving husband, father, grandfather, and the Illinois Crop Staff’s favorite office mate.

In honor of our 100th Anniversary, we would like to name all of our Illinois Crop Improvement Association Honorary Life Members. Deceased members are noted with an asterisk. 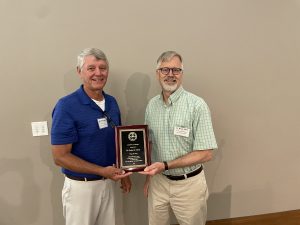 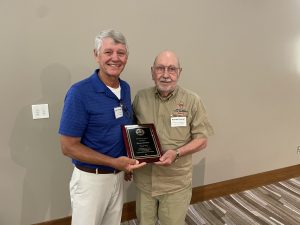 Please complete the following to receive the Illinois Crop e-Updates.

Weed Free Program – 14 days prior to each cutting

Phytosanitary Only – At Flowering